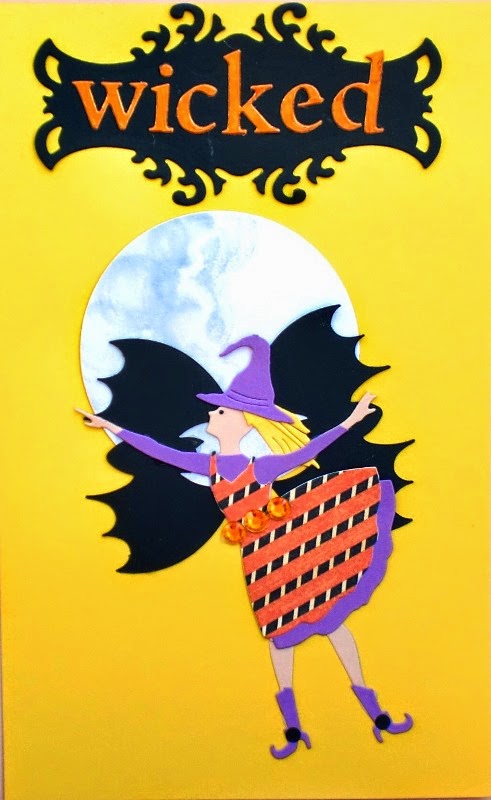 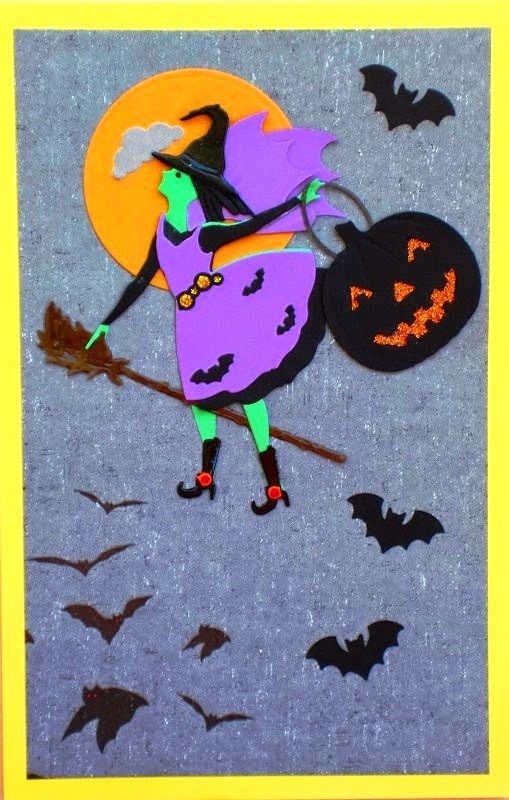 Oh you know I really like the Memory Box Dancing Lady die (retired) there are just so many fun ways to create cards using her.  I used a Spellbinders Large Classic Circle for the moons and I found I had an old Martha Stewart bat wings, Jack O Lantern and bat punch.

We recently discovered some rodent had taken up resident in our attic, after putting rat/mouse traps and getting nothing I asked my better half to get up in the attic and take a look.  Well, over in the corner where the house eves are located was a nest with five baby Douglas Squirrels (picture below).  Now they are actually a native squirrel in Washington so I had him place the babies in a box and took them outside and placed them under a tree.  Sure enough almost immediately here comes the mom and she moved them all to a better location.  We found where the squirrel had gotten up on the roof and into the attic so now that is all sealed off.