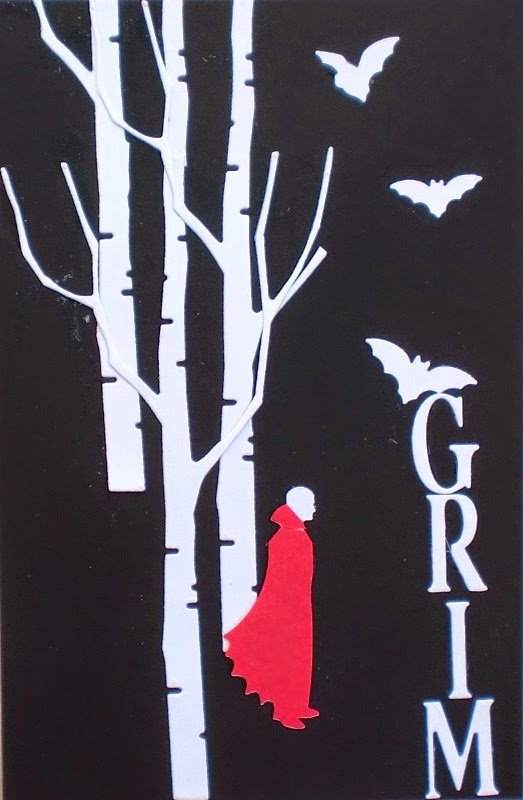 Today's card was very easy to create I was looking through some of my old forgotten Martha Stewart punches and found I had a vampire.  I die cut three Memory Box Birch trees and punched out the vampire, then added some bats and the words and I was done.

You  know Michael's Craft store every year used to carry a nice line of the new Martha Stewart punches for every season but either she does not produce them anymore or something.