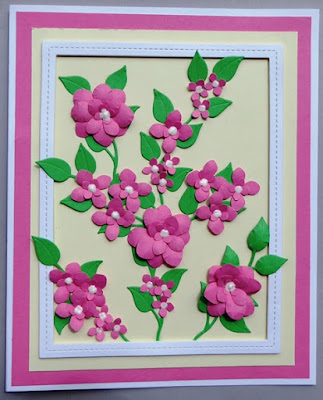 Greetings and thank you for stopping by. 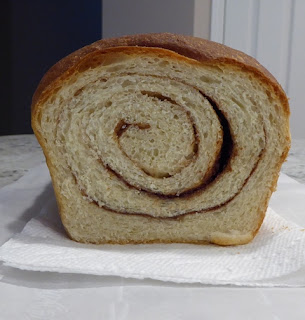 I found a great bread recipe on Pinterest and have made regular bread and cinnamon bread using the recipe.
I have been taking the bread recipe and cutting it in half to only make one loaf of bread.  If you are making two loaves then you will have to increase the cinnamon sugar mixture.   For the filling I use three teaspoons of cinnamon and about 1/4 cup of white sugar and one teaspoon of flour.  After the bread has risen the first time I roll it out  22 x 5 inches brush the dough using a egg/water mixture.  Then sprinkle on the cinnamon/sugar/flour mixture, start at short end and roll it, sealing the ends and pinching the dough together.  Place it into the greased loaf pan and let rise until about 1" over the bread loaf pan.
This is the best bread recipe I have ever used.
https://www.restlesschipotle.com/amish-white-bread/
Posted by Diane at 7:48 AM