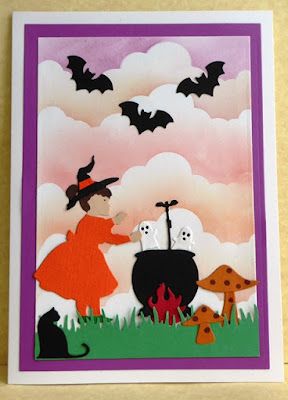 Greetings, we had a wind storm last night and now the smoke from the fires burning in Eastern Washington are going to stick around for a few days.  It makes the air quality terrible.  There are so many fires burning on the west coast that the sun is now a bright glowing red ball.  Hopefully next week we are due for some rain. 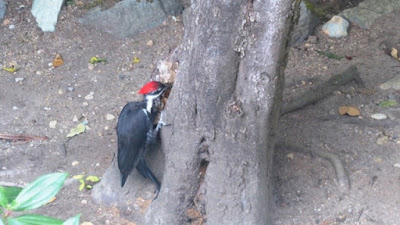 Pileated Woodpecker
Sorry about the terrible picture, I took the picture from the window inside the house.  These woodpeckers are really big and loud.  they peck out bugs and termites from mostly dead tree stumps.  I think this is where the Woody the Woodpecker cartoon character came from.
The pileated woodpecker (Dryocopus pileatus) is a woodpecker native to North America. This insectivorous bird is an inhabitant of deciduous forests in eastern North America, the Great Lakes, the boreal forests of Canada, and parts of the Pacific Coast. It is the second-largest woodpecker in the U.S., after the critically endangered and possibly extinct ivory-billed woodpecker.[2] The term "pileated" refers to the bird's prominent red crest, with the term from the Latin pileatus meaning "capped"
Posted by Diane at 12:16 PM