Up On The Rooftop 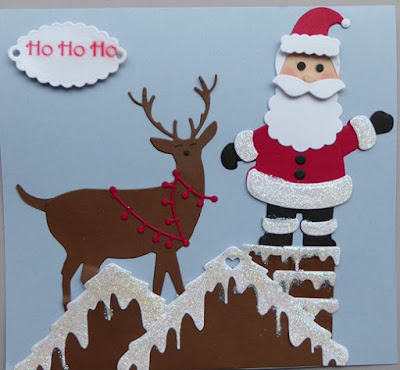 Greetings and thank you all for stopping by.  I wanted to see is I could use some of the Santa Claus dies from Elizabeth Craft and  the beard and hat from the Memory box dies to create a different look for the Santa.  I made the chimney by die cutting twice the Grand Madison Fireplace. I trimmed off the middle part and glued the two sides together.   Once you add the Frosted Roof & Ledges pieces you don't notice the two pieces that are glued.  It looks like one continual piece.  The snow is Sakura 3D Crystal Lacquer and Art Glitter. 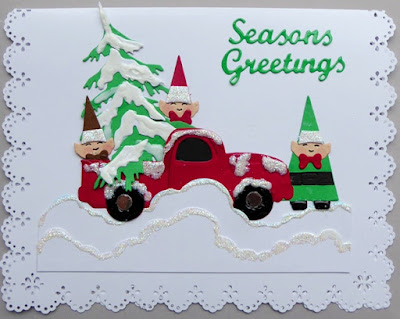 I think I purchased the Santa & Elf die last year but never got around to using them.   As you can see those sneaky little elves are hiding among the Christmas tree. 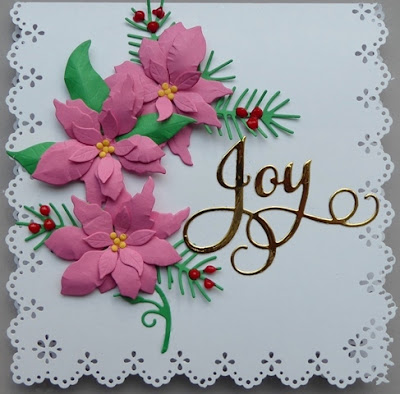 First I would like to thank my new followers, and welcome to my blog.  I thought I would try edging the first card using a punch and the second using the Card Deco frame.   I messed up on the size of the paper to be punched, of course that was after I was done and noticed the punch did not line up correctly. 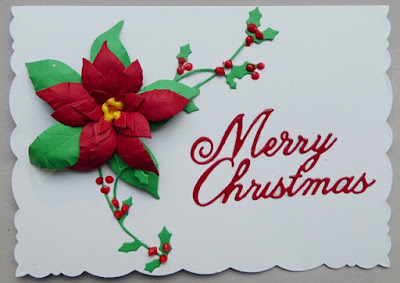 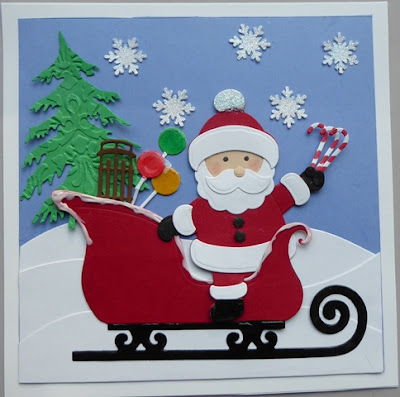 Thank you all for stopping by and leaving such nice comments on my previous design.

Today's design features the jolly of elf himself just out for a practice run. 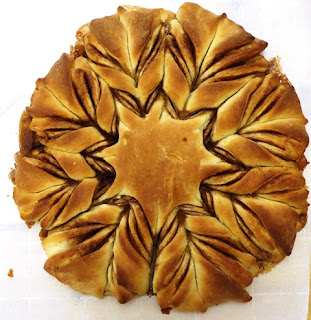 I have made this twice now and tried two different recipes.  I first used one off the web
(swedish-cinnamon-star-bread-like-a-cinnamon-bun/).  Then used Half of the  Amish bread recipe that I make into cinnamon bread.  Both work and really there is not much difference.

The key is dividing the dough in 4 equal pieces, shape into a ball  On a floured surface roll out dough into a 10" circle.

Place the circle on a piece of parchment paper, brush with butter and sprinkle 1/3 cinnamon- sugar.

Roll out a second circle the same size as the first, and place it on top of the filling-covered circle.

Place a 3" circle cookie cutter or glass on top.  Starting at top near edge of glass/circle cutter, cut the dough in 4 equal places.  Then cut those 4 in half and finally cut the next pieces in half.  Now you have 16 pieces of cut dough.

Using two hands, pick up two adjacent strips and twist them away from each other twice so that the top side is facing up again. Repeat with the remaining strips of dough.  You will end up with eight pairs of strips.

Pinch the pairs of strips together to create a star shape with eight points. Remover cookie cutter/glass.

I let the Amish bread dough rise for about 45 minutes.  The Swedish cinnamon recipe didn't need this step.

I baked the Amish bread on a lipped cookie sheet  20 to 25 minutes at 350 degrees, depends on your own oven. 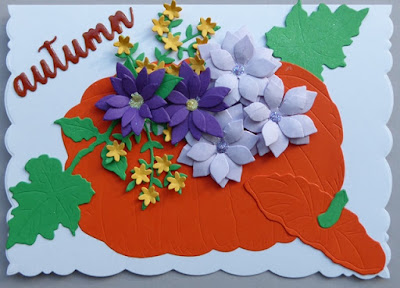 Greetings and thank you all for stopping by and leaving such warm comments on my previous design.

On today's card I added some glitter to the center of each flower and coated the autumn lettering with Sakura 3D Crystal Lacquer.  I really like scalloped frame to set off the pumpkin. 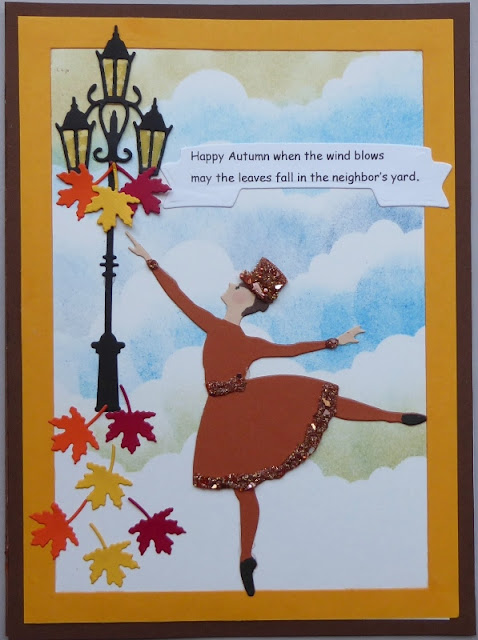 Greetings and thank you all for the wonderful comments about my super fun vacation.

Today's design is using my favorite and long retired Lady Dancing die.  I read on the web about using a piece of acetate paper and your cloud dies and making a mask from it.  You just place your die at the top of the acetate and run it through the die cutting machine.  Take another die and rotate your acetate and die cut and so forth.  I have 4 different dies now on the template.  When you use the acetate is works great and the ink cleans off right away with just wiping it off.

I added the Art Glitter Gala Glitz - Orange to the trim of the dress and hat.